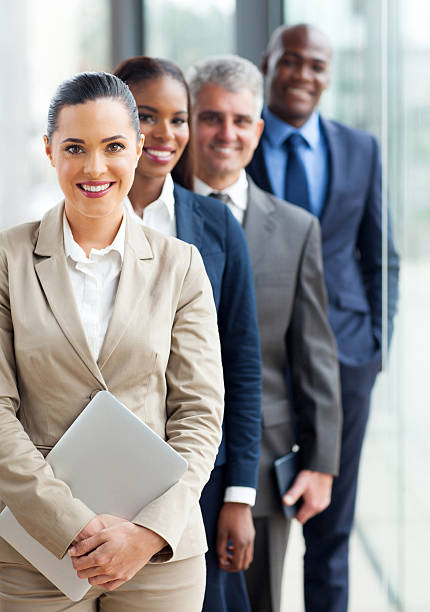 How Do We Move the Needle on Females in STEM Programs?

Written by Steven on September 17, 2022. Posted in Stats & Researches, Uncategorized. Leave a Comment

A significant push to increase the number of girls enrolled in STEM (Science, Technology, Engineering, and Mathematics) programs have been made in recent years. While this is an important goal, simply getting more girls into these programs is not enough. We need to make sure that they are successful in these programs if we want to see real change.

Accenture and Girls Who Code conducted research in the United States and established that even if there are more women in IT areas now than there were decades ago, the proportion of women to men in tech roles has decreased approximately over the last three decades. Women continue to constitute a small minority of the teams that design and build the technologies that are critical to development. Approximately only 28% of women work in the STEM field, which means that many talented and capable women do not get the opportunities to pursue careers in these industries.

Digital companies with venture capital funds that support startups can also be a significant catalyst for increasing the number of women in tech. These are women who are working in digital companies and creating and leading them. In 2019, women-led startups received an astoundingly meager 2.8% of VC funding. In 2020, the overall VC funding to women fell to 2.3%. This massive gender gap in VC funding makes it more difficult for women to secure the capital they need to grow their tech businesses.

In addition to VC investments, companies can provide mentorship, resources, and networking to women-led tech startups through accelerators, incubators, or innovation labs.

It is impossible to establish the exact composition of women in these firms unless companies disclose data on the number of women on their teams. The Equal Employment Opportunity Commission (EEOC) of the United States requires businesses to report occupational data by gender (and other criteria like ethnicity). Even in mandatory cases, some companies do not make this report public.

We can only compare data from different companies against the desired change when company disclosures make the information public. The 30% Club targets 30% female representation at the highest governance body level. It bases this on the premise that underrepresented voices are only heard, and their representation is normalized at 30%. Recent research by the Digital Inclusion Benchmark showed that although most of the 150 tech companies reported the composition of women on their Board of Directors, just 54 of these firms had the minimum 30% female representation on their board. Most of those companies were based in Europe or the United States.

You don’t need to launch a full-fledged company-wide initiative to encourage women to pursue careers in technology. Try something as simple as saying “Good idea” when a female coworker suggests something you like. It is a simple way of showing support and making someone feel more confident. Shake things up in meetings by sitting somewhere new or having the attendees room switch places. These are small gestures that can have a big impact on how people interact and feel heard.

The number of women working at a digital company should not be a definition of ‘women in tech.’ While female representation at all levels is critical, it is also critical to understand what a technical role at a company entails. Are women working in call centers and human resources, or are they part of teams designing, building, and programming digital devices and services?

As per the World Economic Forum, women comprise only 14% of the workforce in Cloud Computing, 20% in Engineering, and 32% in Data and AI. While these are useful data points, they appear incomplete because they are based on LinkedIn data from only 20 economies. The Digital Inclusion Benchmark tracks how companies define technical roles in the benchmark, and it is clear that companies are struggling to define this category.

Some businesses refer to technical roles as “STEM-related” or “technical,” while others, such as Telstra, use the Australian Workforce Gender Equality Agency’s definition, which includes “Information Media and Telecommunications” as a category. With so many definitions of a technical role, it’s difficult to know who a company’s annual report refers to when it mentions “women in technical roles.” So, reaching an agreement on defining technical roles is the first step toward determining how many women truly work in technical roles in digital companies.

6. Engage with and impact the Community.

Recruiting a new generation of women is another critical component of moving the needle on women in technology. CODeLLA in Miami helps girls see a future in technology by bringing in interesting speakers and connecting them with hands-on projects. Its objective is to inspire the coming generation of Latina innovators to solve problems and create digital content.

7. Do not exclude anyone.

When planning events for the company, keep inclusivity in mind. Be aware that team activities outside work hours may exclude parents, particularly working mothers.

The time has come to move the needle in female representation in the tech industry. Companies need to establish common definitions for ‘technical roles,’ disclose gender diversity data, and increase their support for female-led tech startups and businesses.