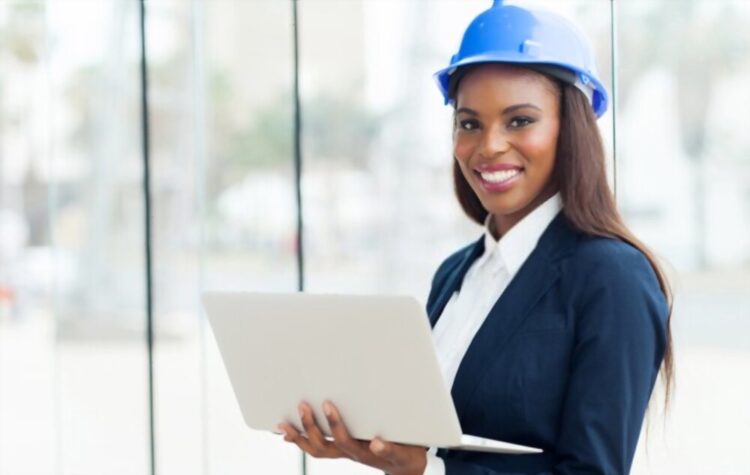 Posted on March 11, 2021 by Steven Thompson in Candidates, Recruiters 0 comments

UNESCO’s Women in Engineering Statistics suggest that women make up only 10-20% of the engineering workforce globally. As per the SWE Research Update, there are only 13% of women in America’s engineering workforce. Though women have played pivotal roles in diversified fields of engineering historically and currently but in general, women are under-represented in engineering fields. Different organizations are striving to overcome this gender disparity, but there is a long way to go. Minority women are facing growing gender discrimination as compared to their white counterparts. In addition to gender discrimination, a lower rate of female engineers is a factor that contributes to this gender disparity in engineering.  As per SWE updates, a female engineer earns 10% less than a male engineer. We are going to explain the factors that make Women in Engineering Statistics appear so scary.

Engineering has long been a primary driver of technological progress in the United States, and it has been a critical driver of this innovation. Indeed, much of the talent behind the United States’ dominance in global economies during the twentieth century came from the growth and institutionalization of engineering disciplines in American universities (Rosenberg and Nelson 1994). Engineering disciplines combine theoretical theory with application-oriented science to build structures and processes that generate new forms of learning. Technology is key to sustainable industrial innovation because of this convergence.

Engineers don’t just sit around and wait for something to happen; they take action. Engineering graduates are having an influence on the environment, unlike any other, thanks to their ingenuity, imagination, and depth of experience.

The earth is evolving, and engineers are responsible for a great deal of it. The bulk of today’s utilities and goods have some aspect of engineering in their creation, opening the way for people affected by them to live long, rewarding, and stable lives.

Engineers operate in a variety of settings, from offices, studios, labs, the outdoors, and even underground. Engineering is heavily relatable to technology and its rise, which is why it has played such a significant role in technological advancements such as computers, hospital equipment, the internet, and so on. Engineers have since considerably changed healthcare as a result of advances in medical science.  Every single day, new inventions take place. Have you heard of London’s Crossrail? It would boost travel capability by 10% in London and the South East, resulting in faster trip times and more convenient connections.

Nobody knows precisely how engineers will impact civilization in the future, but it is inevitable that they will. Along with emerging and creative technology, new technical positions emerge on a regular basis. While it’s possible to forget how much work engineers do, it’s unavoidable to realize there’s more to engineering than meets the eye.

Why Male are Dominant In Engineering Fields?

While some women enter the engineering sector, many more leave to pursue other careers. According to a recent report, divisive group dynamics during team-based ventures make the industry less attractive and drive women away. Many women who work in engineering have strong aspirations for their careers and want to make a difference in society. These issues with group dynamics will arise at any stage of an engineer’s education, including university, apprenticeships, and college. These are critical points in an engineer’s education, and they quickly lead women to believe they aren’t cut out for a career in engineering, which is not the case. So, we are in a need of career counseling for girls and encourage them to be a part of the engineering fields.

There are a variety of data sources from which you can have an idea:

Engineering UK has a tremendous Interactive Dashboard that you can use to explore their results. The dashboard is an interactive extension of their EngineeringUK summary, ‘Gender gap in engineering.’

WES has interpreted the following statistics from the Engineering UK 2018 report:

SWE’s Quick Facts updates bring the most recent data on women in engineering.

Degrees Which Are Awarded

Some Statics About Workplace Proportionality

One of the primary reasons for the lower female presence in engineering is the male dominant engineering culture. Unfortunately, some numbers or values are associated with the male gender in the workplace. For example, a woman finds it difficult to re-enter the workforce after taking some family business time.  Contrarily, men are remarkably less likely to take off because they have to raise their families. Consequently, women do not prefer to make efforts for re-entry into the workplace. In addition to this, leadership roles are associated with males in the workplace. So, when a man holds power, he may develop an uncomfortable environment for the opposite gender. For example, a woman may receive

Leadership is Not a Question of Gender

As per the YouGov survey, 59% of the correspondents think that men and women are generally equally good leaders.

Opportunities Are Rising for Women

Employment in math and science was not a traditional career option for women until engineering first became mainstream in the United States. However, as times have shifted and STEM fields have become more multicultural, an increasing number of women choose jobs that they are passionate about without fear of gender roles. Although female workers make up just 14 percent of the workforce, this significantly improves from the 5.8 percent in the 1980s.

Even though men primarily dominate this sector, high-profile advertising programs, and increased job fulfillment and higher pay are assisting women in pushing for reform. Chemical engineering, civil engineering, electrical engineering, mechanical engineering, and other engineering careers are available. The engineering sector encompasses a wide variety of disciplines, from aerospace to audio to nuclear and nanotechnology. Renewable resources, human biology, cybersecurity, manufacturing, space travel, disease prevention, poverty alleviation, and global warming are only a few of the fields where engineers can make a difference.

Though Women in Engineering Statistics are scary, there is more need for females in the engineering sector. The industry seeks women with innovative ideas, unique insights, diverse backgrounds, and various creative approaches. Institutionalized gender roles, on the other hand, can deter girls and women from pursuing engineering careers. Many female engineers are forcefully doing what they can to promote gender equity in the engineering field and inspire more women and girls to see engineering as a career option.

Kerrine Bryan, an award-winning electrical engineer, for example, wrote career-themed children’s books such as “My Mummy Is An Engineer” to inspire more girls into engineering. She states that:

Many engineering employment would undoubtedly exist in the future that has not yet been imagined due to emerging technologies and an ever-changing society. Many of the employees that will be expected in the future are still to be created, just as many of the tech jobs that occur today did not exist decades ago.